Advisory Neighborhood Commission 4B held its November 2020 public meeting Monday evening via Zoom. The commission serves the neighborhoods of Takoma, Manor Park, and Lamond-Riggs.  This blog post will highlight some of the top stories from this most recent meeting. I have also tagged the story with links to the meeting’s YouTube video.

You can view a recording of the live stream here:

(video) The Parks at Walter Reed announced plans for a new apartment building facing Georgia Avenue NW several months ago. Since then, the team has held several community meetings where they’ve shared the design concept with the public and accepted feedback.  In this meeting, Marc Simpson and Vicky Davis from the Walter Reed development team shared the updated presentation with the 4B commissioners in hopes of receiving their support for the plans in the upcoming historic preservation review hearing.

Building QRS will be located at the corner of Georgia Avenue and Dahlia Street. There will be approximately 300 residential units over first-floor “work activity space”* (more on this later).

Architect Jack Boarman from BKV Group in the District walked the audience through the design presentation. He said that the early plans for this project all fit within the overall design guides for the Walter Reed redevelopment plan, especially in reference to preserving the historic context of the site.  The new building is designed “sensitively” and reflects influences from neighboring buildings across Georgia Avenue and within the historic campus.

Every building on the Walter Reed site has to meet stringent environmental and sustainability requirements.  This new building will have a “green roof” to reduce stormwater runoff. Additionally, the building will be constructed to meet the LEED SILVER standard for energy use.

Reactivating the Georgia Avenue streetscape is a key design goal. However, commercial real estate market reality in light of the COVID-19 caused retail apocalypse has forced a change in perspective. During the Q&A, Ms. Davis said retailers that they’ve spoken to are less interested in the space along Georgia Avenue because it is so far from the “town center” buildings that will be anchored by the Whole Foods grocery.

Instead, they are thinking about using that street-side space as “live/work” units suitable for home-based businesses like a framing shop, tax preparation, or maybe an art studio.  The lower, market-based rents (not subsidized!) might make this an attractive offering to a proprietor who wishes to live and work near this dynamic environment.

The retail spaces that front Dahlia Street are being described as “amenities turned outward”.  They envision businesses like a yoga or dance studio that can benefit from the use of a large picture window in the high visibility location.

Ms. Davis noted that in the earlier meetings, this project had received more positive feedback from the community than any she’s ever worked on.  She stated that local leaders like Faith Wheeler, Alice Giancola, and Naima Jefferson all weighed in and said that they “loved” the design.

In the end, the commissioners voted to support the application for this project.  That puts them in agreement with their counterparts on ANC 4A.

(Video) – Rank the Vote DC is a new coalition of DC residents and activists who are trying to update our voting system from the outdated “Winner Takes All” style to a modern Ranked Choice Voting system.  What is Ranked Choice Voting?  First, take a peek at this quick video to understand what is wrong with our current system.

The lead organizers for the campaign, Brianna and Sam, joined the meeting to explain the idea behind this interesting update to our democratic process.   The issue is particularly relevant considering the recent 24-candidate race for the at-large councilmember seat.

Ranked-choice voting is a simple change that gives you the option to rank your choices instead of choosing just one candidate.  Benefits include:

As one of the meeting attendees pointed out, the biggest downside to RCV is the need to educate voters about the new system.  We’ve been voting the same way for over two-hundred years and it would take effort to explain the new system to voters, especially infrequent voters or those with a language barrier.

ANC 4B voted 6-3 to pass a resolution in favor of DC studying the implementation of Ranked Choice Voting. A few DC Councilmembers have responded favorably to the idea.

(video) With a new Councilmember moving into the Ward 4 office in January, this was the last ANC 4B meeting for CM Todd’s Deputy Chief of Staff Dolly Turner. She used her time to offer a poignant farewell to the commissioners and the community that she’s worked hard to serve over the past five years.

We’re sure that we’ll see her around in the near future helping the community become a better place to live, work, and play.

Report from the Mayor’s Office of Community Relations and Services

Report from the State Board of Education Representative – Frazier O’Leary

(Video) Frazier O’Leary began by thanking the voters for returning him to the State Board of Education. He noted that the Board will have four new members this year.

The Care classrooms opened last week in several local schools.  These are on-site, virtual learning classrooms for students with various needs.  The local care classrooms are being held at Brightwood EC, Truesdell, and LaSalle-Backus. He noted that in previous visits, the care classrooms all had ample supplies of Personal Protective Equipment (PPE) and new water filtration systems had been installed.  Additionally, some facilities that were lacking upgraded HEPA air filters now have them.  He feels that with the spike in COVID-19 cases, these classes won’t be open for long.

the Mrs. O’Leary book drive is now up to 14,000 books distributed to local schools and food sites.  If you have quality books to donate, please get in touch with him at [email protected].

About Advisory Neighborhood Commission 4B

The ANCs’ main job is to be their neighborhood’s official voice in advising the District government. Although they do not have to follow the ANCs’ advice, District agencies are required to give the ANCs’ recommendations “great weight.”

These are the members of ANC 4B:

Love Living DC is Washington’s #1 real estate team for dependable neighborhood expertise. If you or a friend need a smart, experienced real estate agent to help you buy, sell, or invest in a home in the DC area, give me a call. 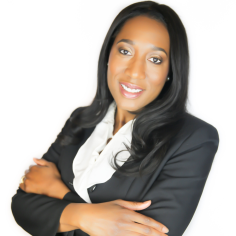